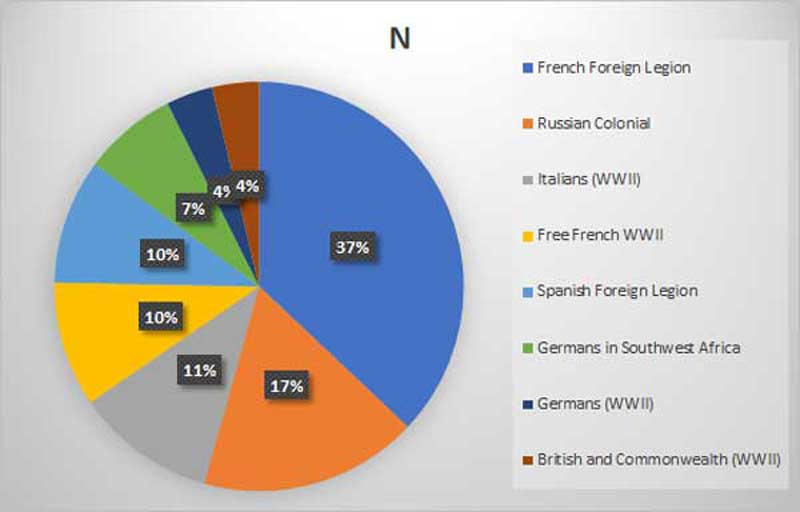 Here are the results of the December 2019 interest survey, along with some analysis. 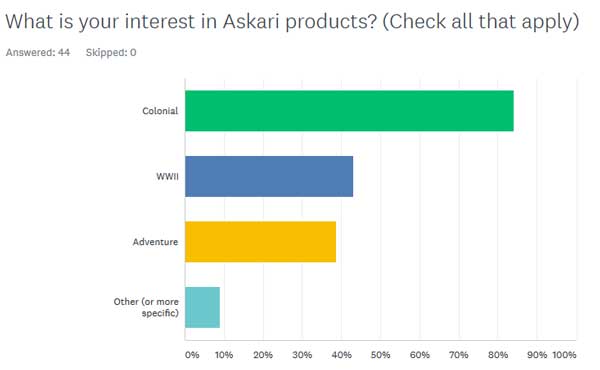 The overwhelming winner here was Colonial—not surprising as Askari Miniatures was founded as a Colonial miniatures manufacturer and it remains the core of our offerings today. At the same time, as evidenced by the next two questions, most people game more than one period. 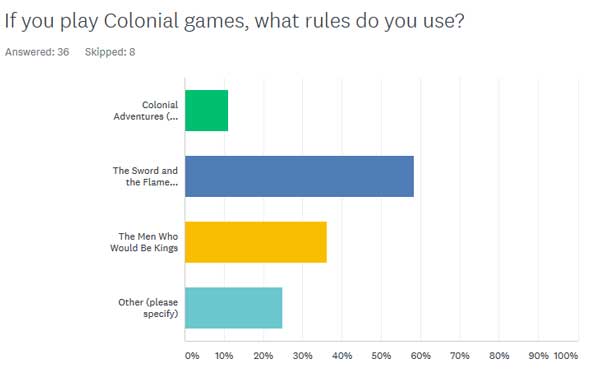 We’ve always tried to produce and package our figures the way our customers use them—hence the questions about rules. Almost 60% use the venerable TSATF. And we have 20-figure units packs for those games. (You can usually make 2 10-figure units with enough command figures from one as well.) The newer TMWWBKs scored second with 36% and then the “other” category had 25%. There was quite a variety there, including home brew. The total numbers suggest that some people play more than one set of Colonial rules. 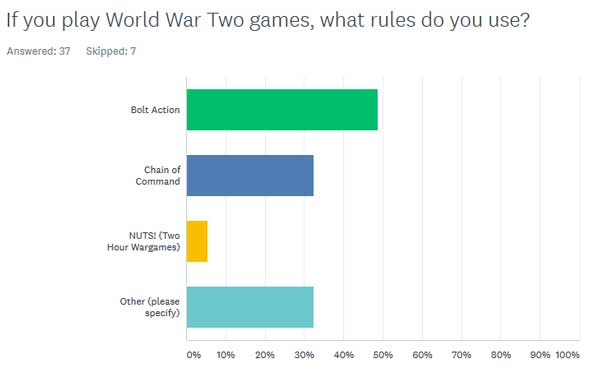 In World War II, Bolt Action is the clear leader at 49%, with Chain of Command and Other tied at 32%. The one common thing for all these rules is that they are skirmish-level, squad- and platoon-level games. This seems to be the trend in WWII gaming in 28mm and confirms our decision to produce our figures in squad- and team-sized packs. As well, we’re beginning to release platoon and company level heavy support weapons like mortars and heavy machine guns. Here, too, the Other category numbers show that people play more than one set of rules and there’s even more diversity than in Colonial rules. 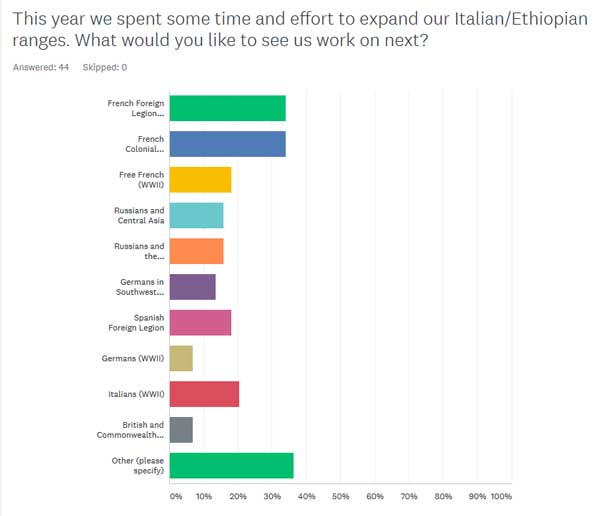 While the first three questions are more about what you already do, this one is more about what you (and we) would like to do next. It is immensely helpful as we plan out our releases for 2020-21.
The overwhelming winner is French: Foreign Legion and Colonial are the top two at 34% each, closely followed by WWII Italians and French, with a respectable showing of Russians. The Other category is large as well and repeats in more detail some of the specific categories. But if you aggregate all the totals, it’s French.
And so French it is for 2020. We’re planning out some French Colonial releases—including Foreign Legion. Stay tuned in the coming months.