In the 1920s the Foreign Legion had its own cavalry regiment. Now Askari Miniatures brings it to you. 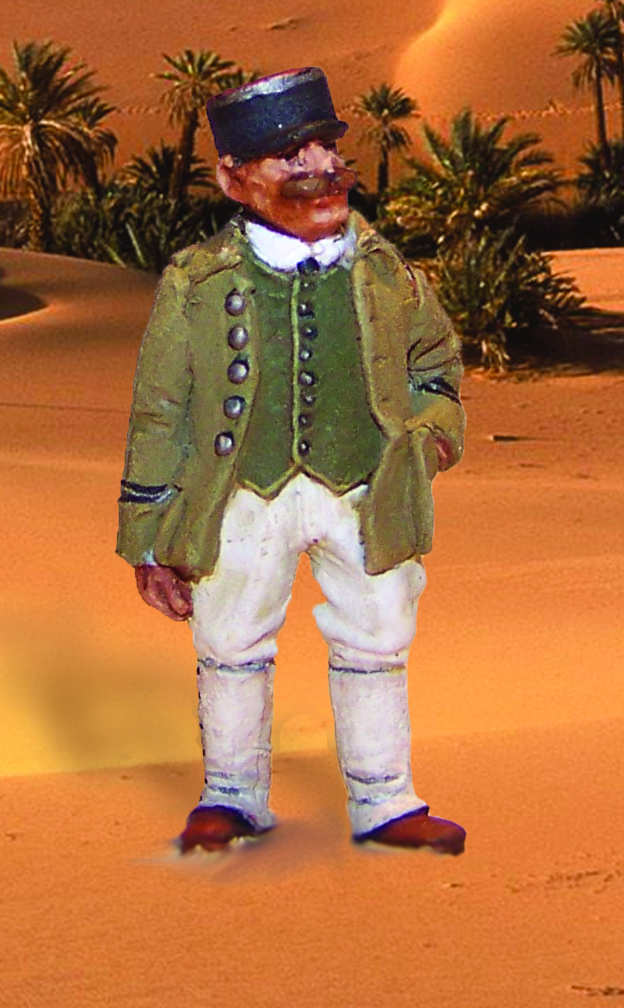 After almost a year in development, Askari Miniatures is pleased to present figures of the 1st Foreign Legion Cavalry Regiment, the Premier Regiment Etranger d'Cavalerie.(1er REC)

It was created from French cadres from all cavalry regiments and the Foreign Legion Infantry. Included were a strong contingent of Russian political emigres from the White Army of Wrangel. Of 156 legionnaires on creation, 128 were Russian, among them 30 former officers including a general.

The regiment fought with distinction in Syria and Morocco in the 1920s and 30s, eventually becoming an armored unit in World War II and beyond. And now for the first time in miniature, this regiment is available for your armies. At right, the troopers in gandourah and covered kepi. There are also variants with a white kepi and as usual, dismounted figures to complement the mounted ones.

In all, there are six new sets and you will find them only at Askari Miniatures.

I'm developing a painting guide for this regiment which contains some details about the actions in Syria against the Druze which made them famous. More photos of painted figures will be coming out soon as well.