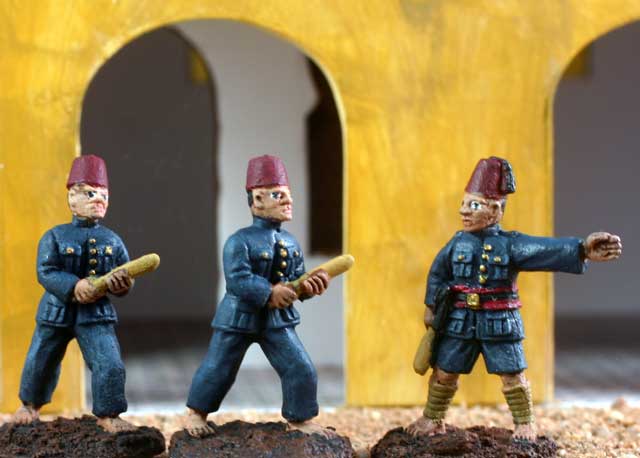 I just painted a batch of the Native Police (EG-6). They’re a fun set and quite versatile.

I painted some as Turkish-style police in all blue uniforms with maroon red fezzes. This could work for Istanbul or Cairo. Since the Turks didn’t use chevrons on their police uniforms, I shaved them off the figure pointing with the club. 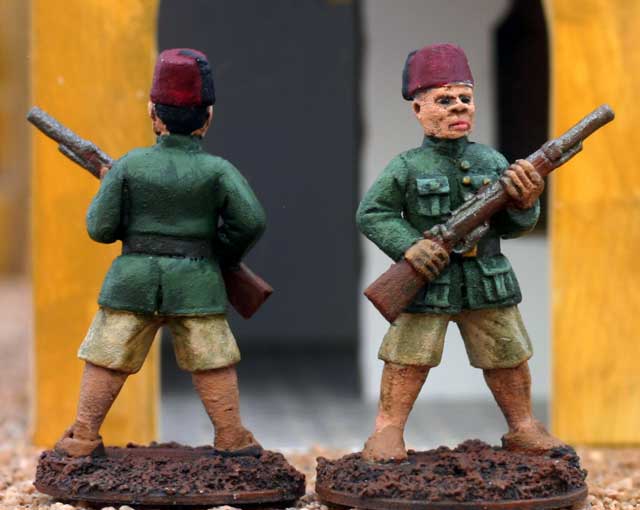 Another few were painted in the perhaps fanciful uniforms seen in the prison where Brendan Fraser was kept near the beginning of The Mummy. After I was all done I realized I could have painted the officer figure the same way. Oh, well. Next time. 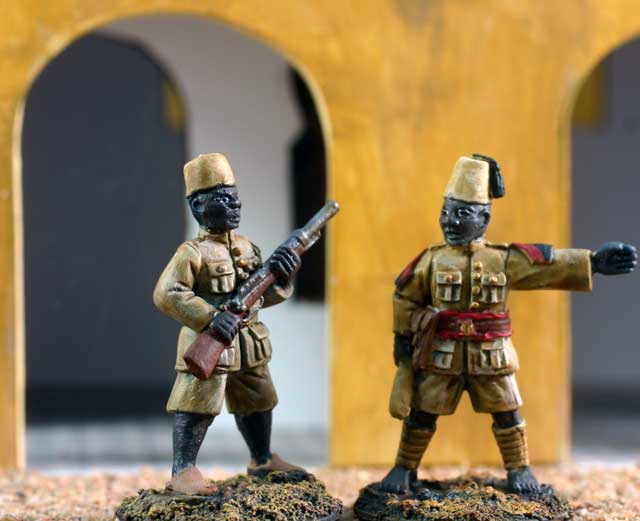 Some more were painted in khaki as Italian native police, known as Zapatie.